Kyler Murray isn’t a perfect quarterback prospect, but he’s pretty close. Murray is accurate at all depths of the field, handles pressure well (1st in passer rating when pressured), and has sub-4.45 speed. There is zero evidence that his negatives (height, weight, interviews?) are predictive of bad NFL performance, so I’m all aboard Murray as the top prospect in the class. Draft Over/Under: 1.5

Ryan Finley is a pretty accurate passer, but his touchdown metrics in college were pretty poor, especially against the Power 5. If a team wants a reliable, low-ceiling backup quarterback, Finley is the guy. Draft Over/Under: 150

Trace McSorley was asked if he wanted to work out with the safeties at the NFL Scouting Combine. Draft Over/Under: 250

I was viewing Tyree Jackson as the affordable version of Josh Allen until there were reports that he’s being considered as a possible Round 2 pick by the NFL. Even without adjusting for strength of schedule, Jackson’s passing numbers were average. Jackson has the arm strength that coaches fall for, but he has the accuracy that scares the analytics and scouting communities away. Draft Over/Under: 64.5 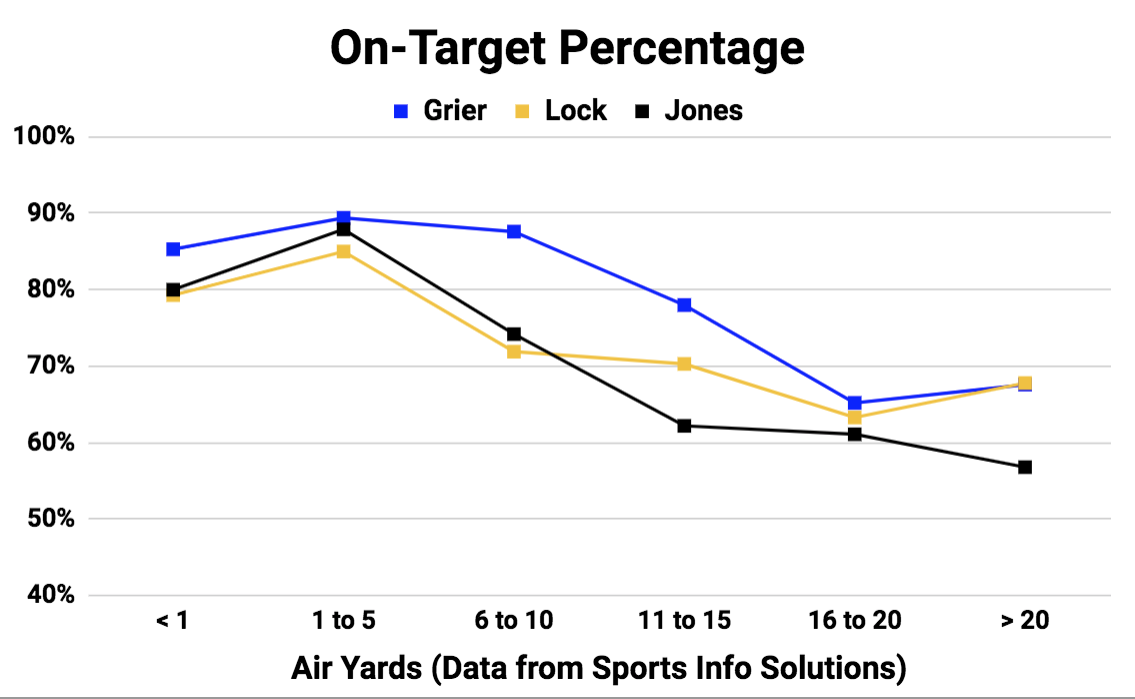 Will Grier is a better quarterback prospect than Drew Lock and Daniel Jones because of his accuracy (data courtesy of Sports Info Solutions, one of the leaders in advanced college football analytics) and his production. Grier finished in the 87th percentile in passing EPA while Lock (55th) and Jones (19th) hung around the likes of Kyle Shurmur and Clayton Thorson. Grier may never be a top-32 NFL quarterback, but he has the profile of a quarterback who could be a starter or high-end backup. If Grier slips to Round 3, that team is getting an absolute steal. Draft Over/Under: 64.5