Before you look at all the data below, remember that the sample is looking at NFL seasons two through four. This isn’t analyzing entire NFL careers. This is just designed to find the best quarterbacks for their rookie contracts. It’s up to you if you want to extrapolate the data to either rookie seasons or seasons after the rookie contract. I’m guessing the data would be pretty similar, but the exact correlations will be different.

What has height told us about a quarterback? 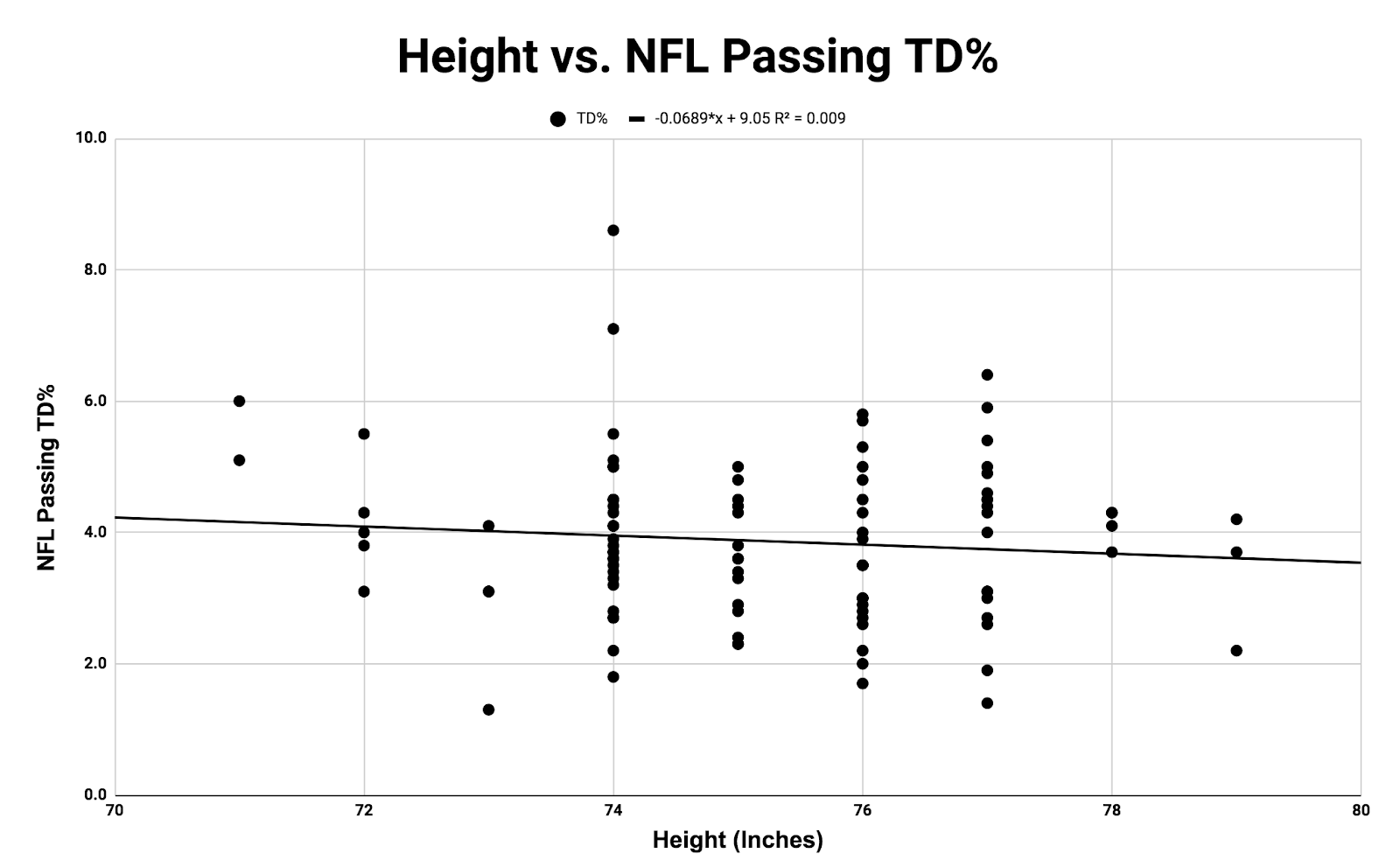 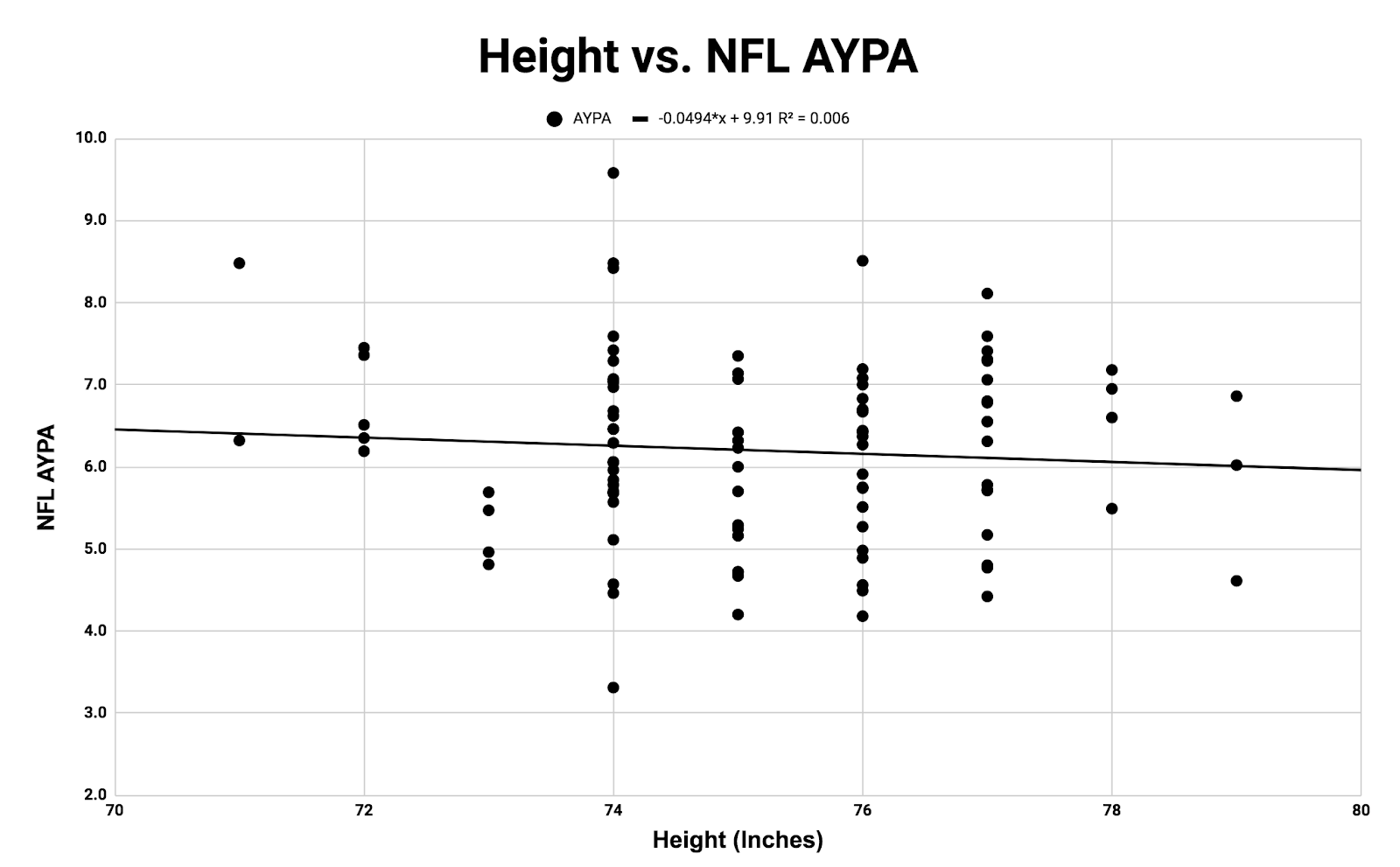 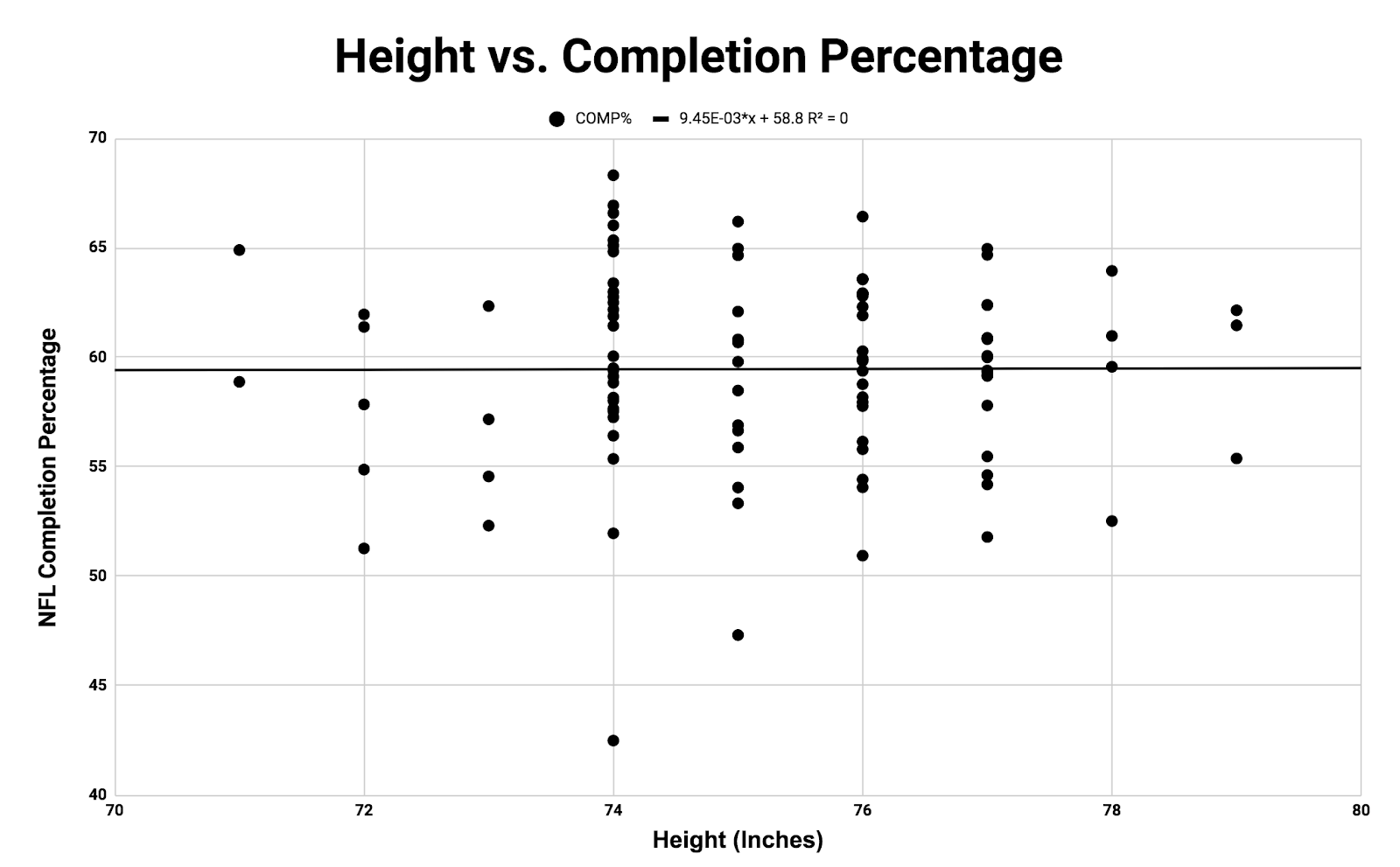 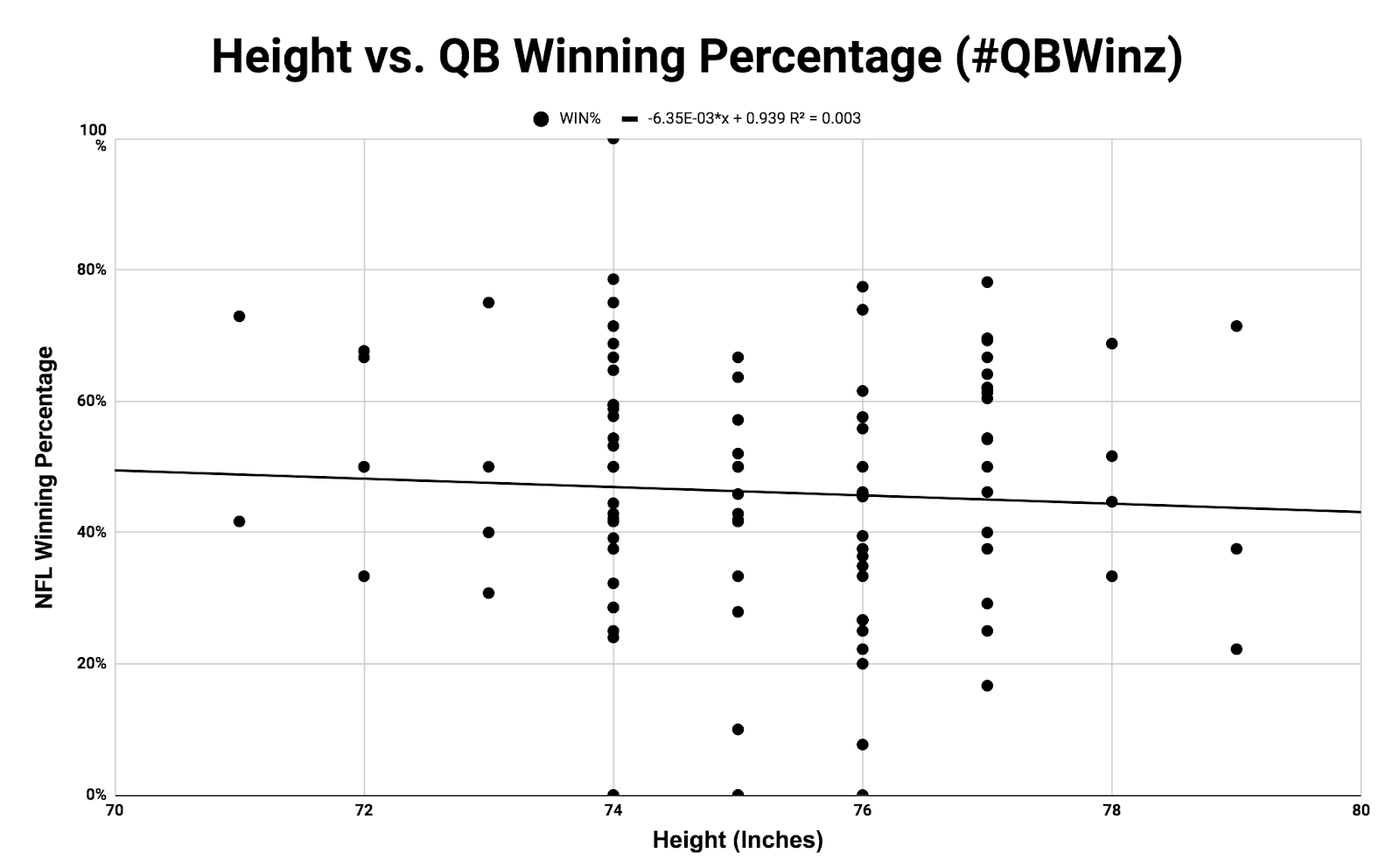 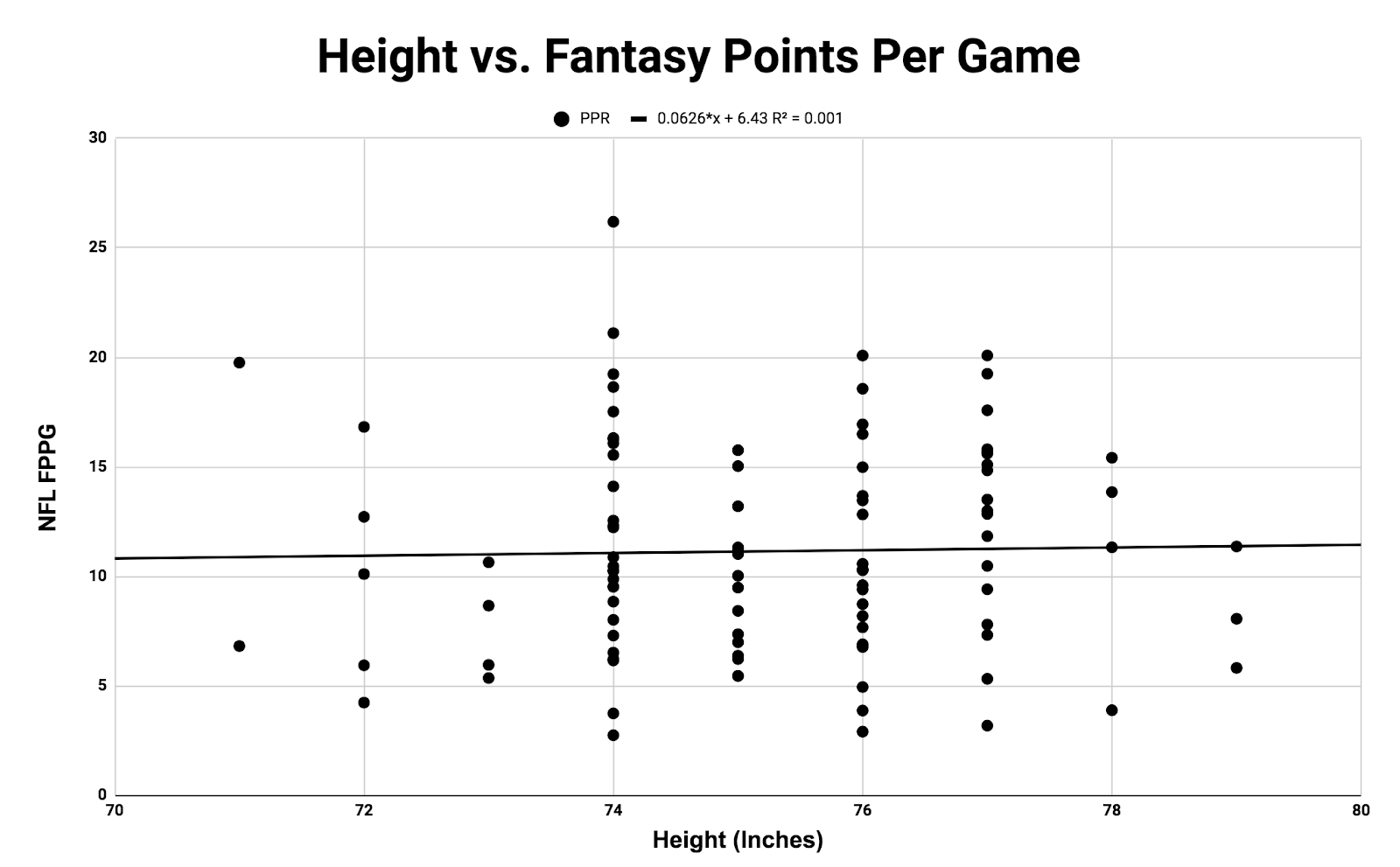 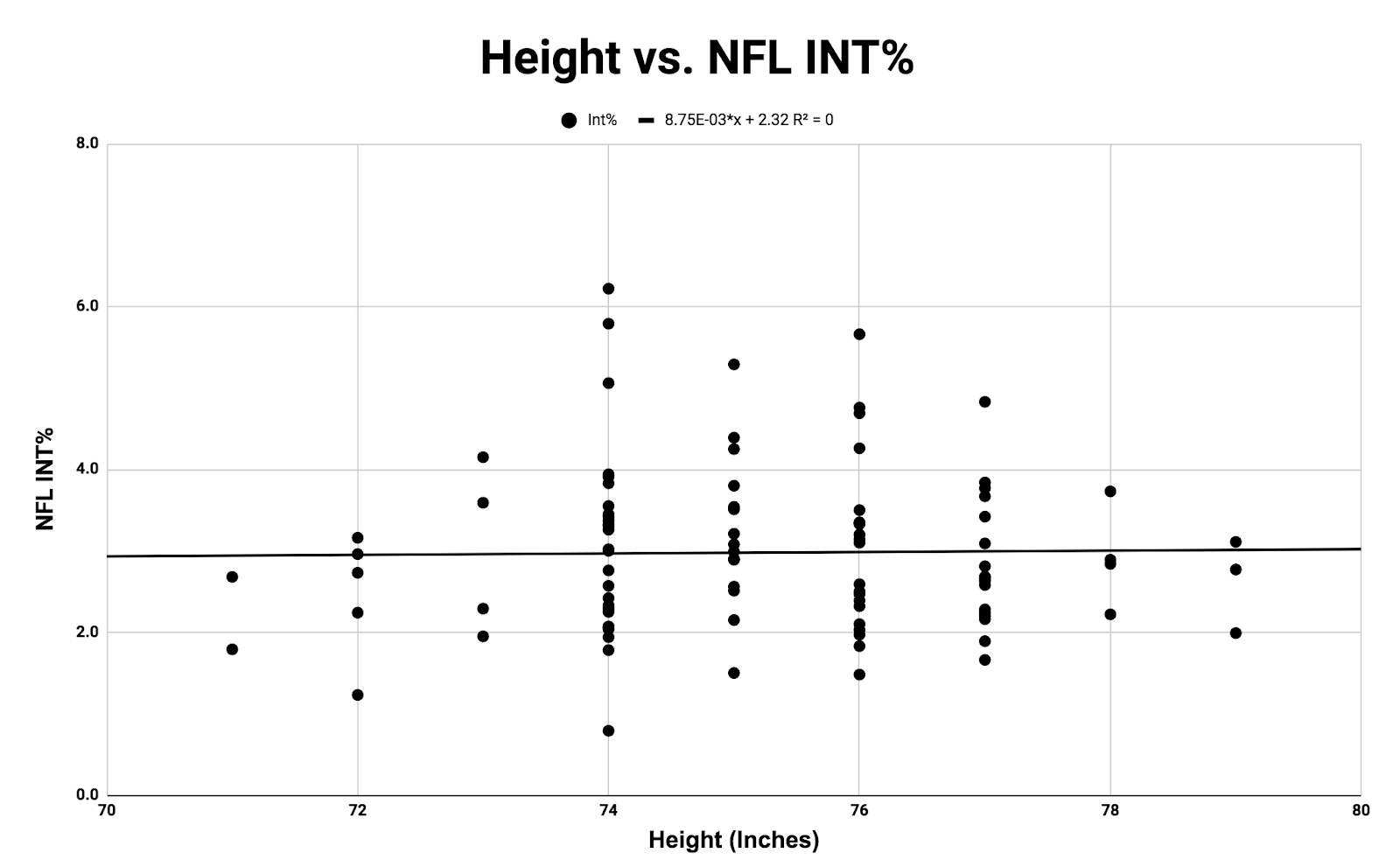 What has hand size told us about a quarterback?

Whoa. Hand size has a (moderate to weak) negative relationship with YPA, AYPA, and TD%, meaning that the bigger the hand size, the smaller the yards per attempt, adjusted yards per attempt, and touchdown rate. This is myth-busting since it’s an important aspect of the NFL’s quarterback evaluation apparently. 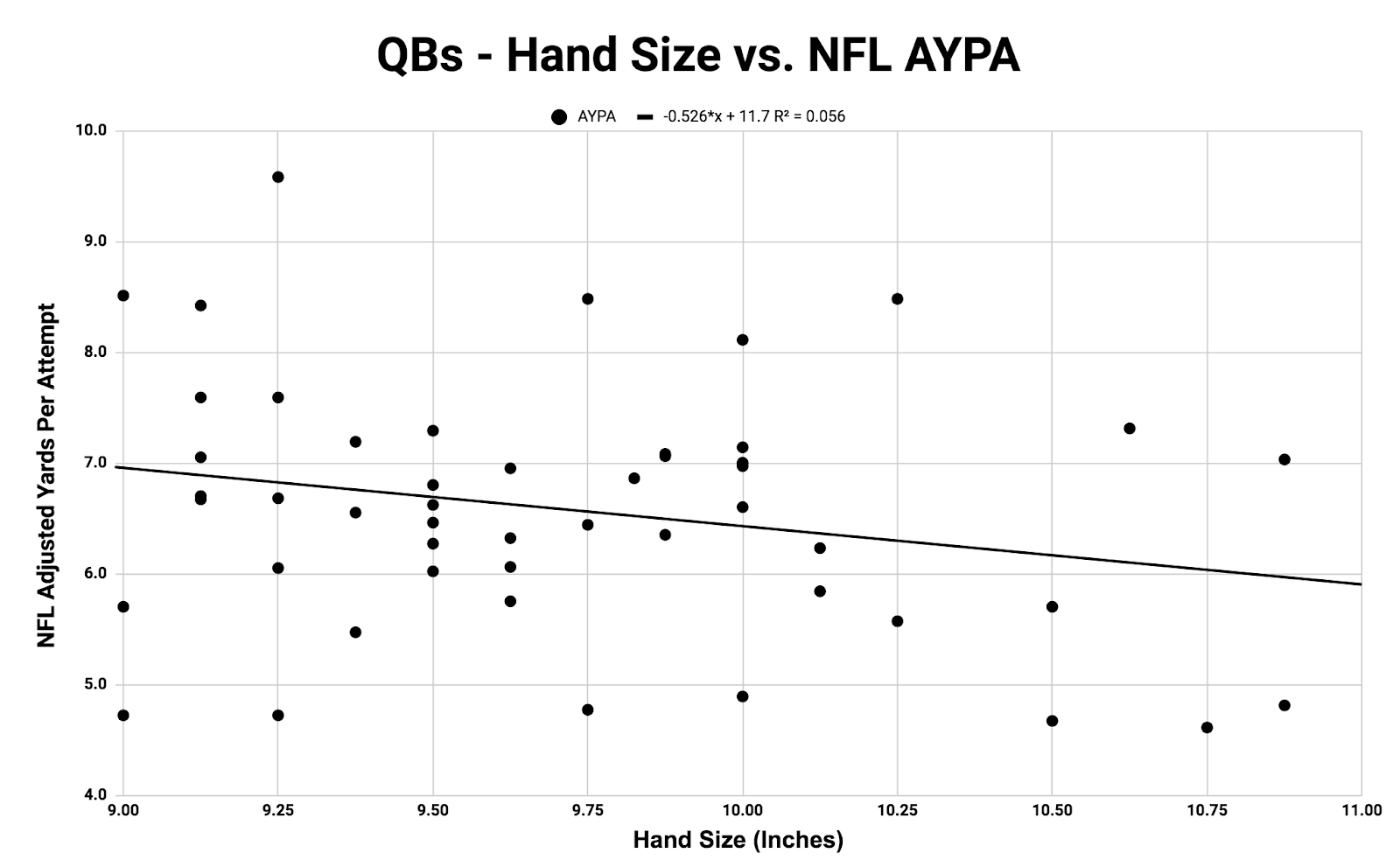 What has ball velocity told us about a quarterback? 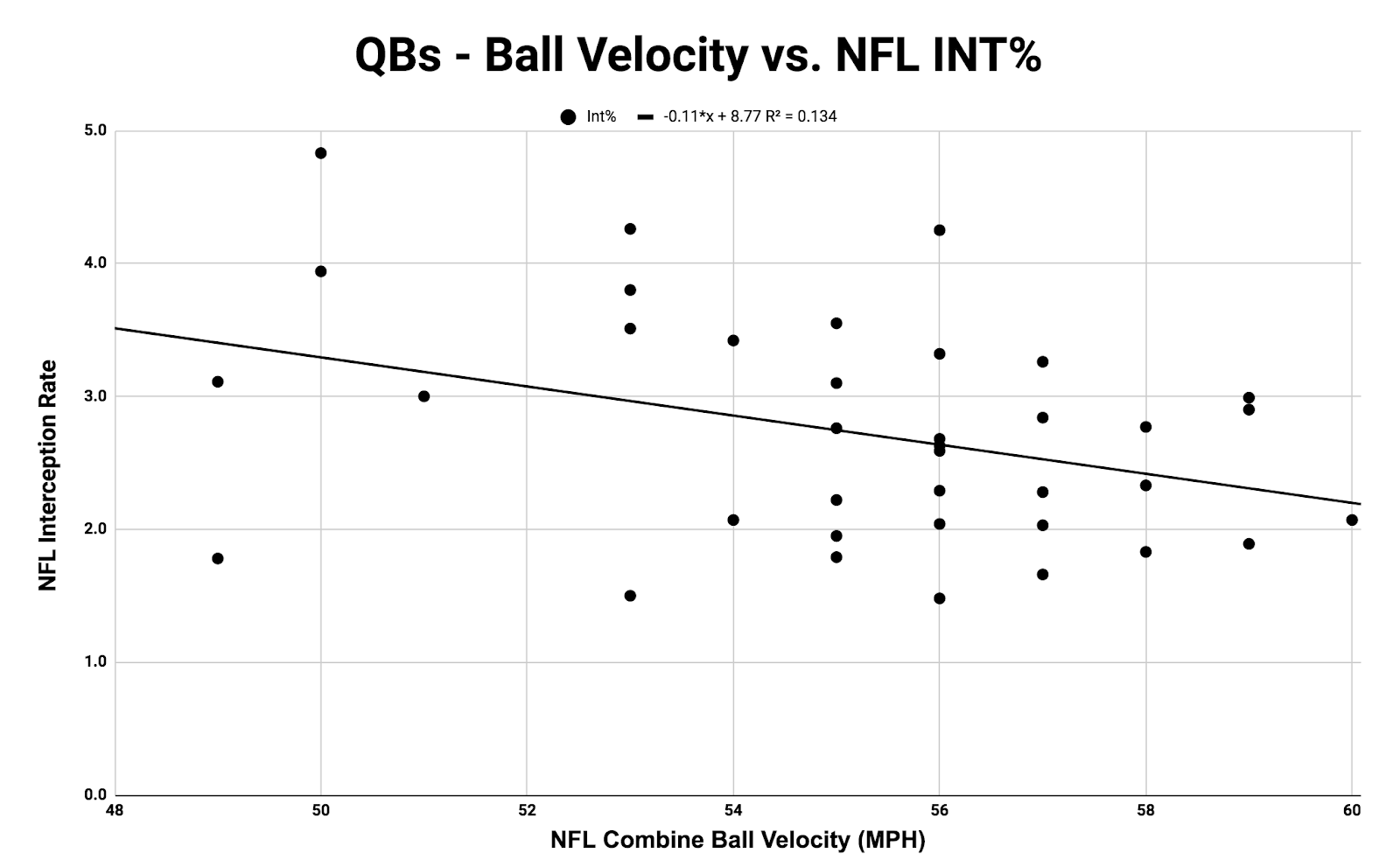 The biggest takeaway from analyzing ball velocity was the negative relationship with interception percentage. Of the quarterbacks in the sample with a ball velocity of 54 mph or slower, 8-of-11 (72%) had a 3.0 INT% or worse -- the exceptions being Deshaun Watson, Dak Prescott, and Hue Jackson sweetheart A.J. McCarron. For reference, the NFL INT% average was 2.3% during the 2018 season. Meanwhile, the quarterbacks with a ball velocity of at least 55 mph had an INT% above 3.0 just 5-of-26 times (19%). All of this data makes sense to me, as quarterbacks need to have a strong enough arm to make throws to the perimeter or risk getting picked off.

What’s been correlated to NFL Fantasy Points Per Game for quarterbacks? 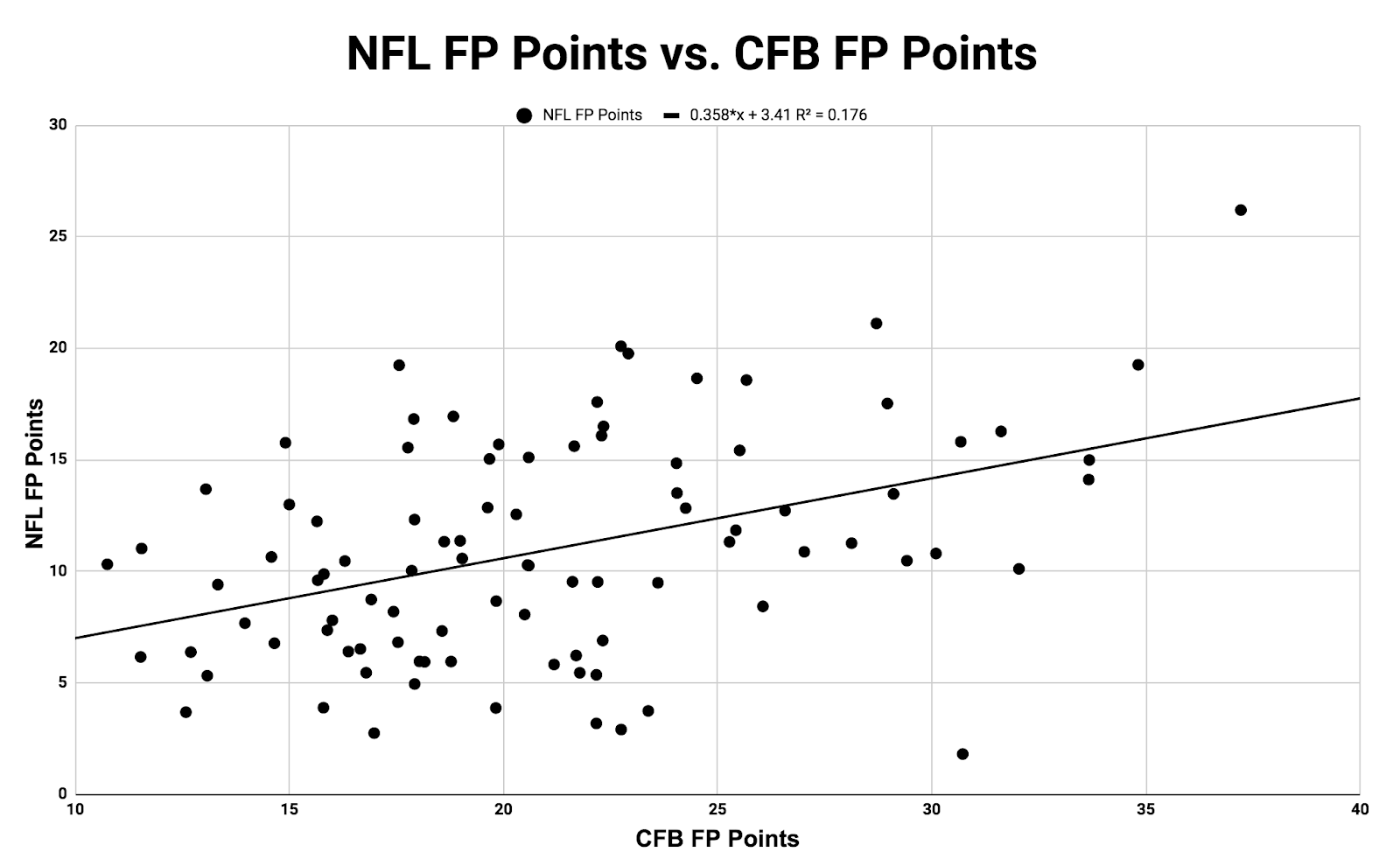 The overall draft pick has an R-squared of 0.21, but here are the rest:

What’s been correlated to NFL Passing Yards Per Game? 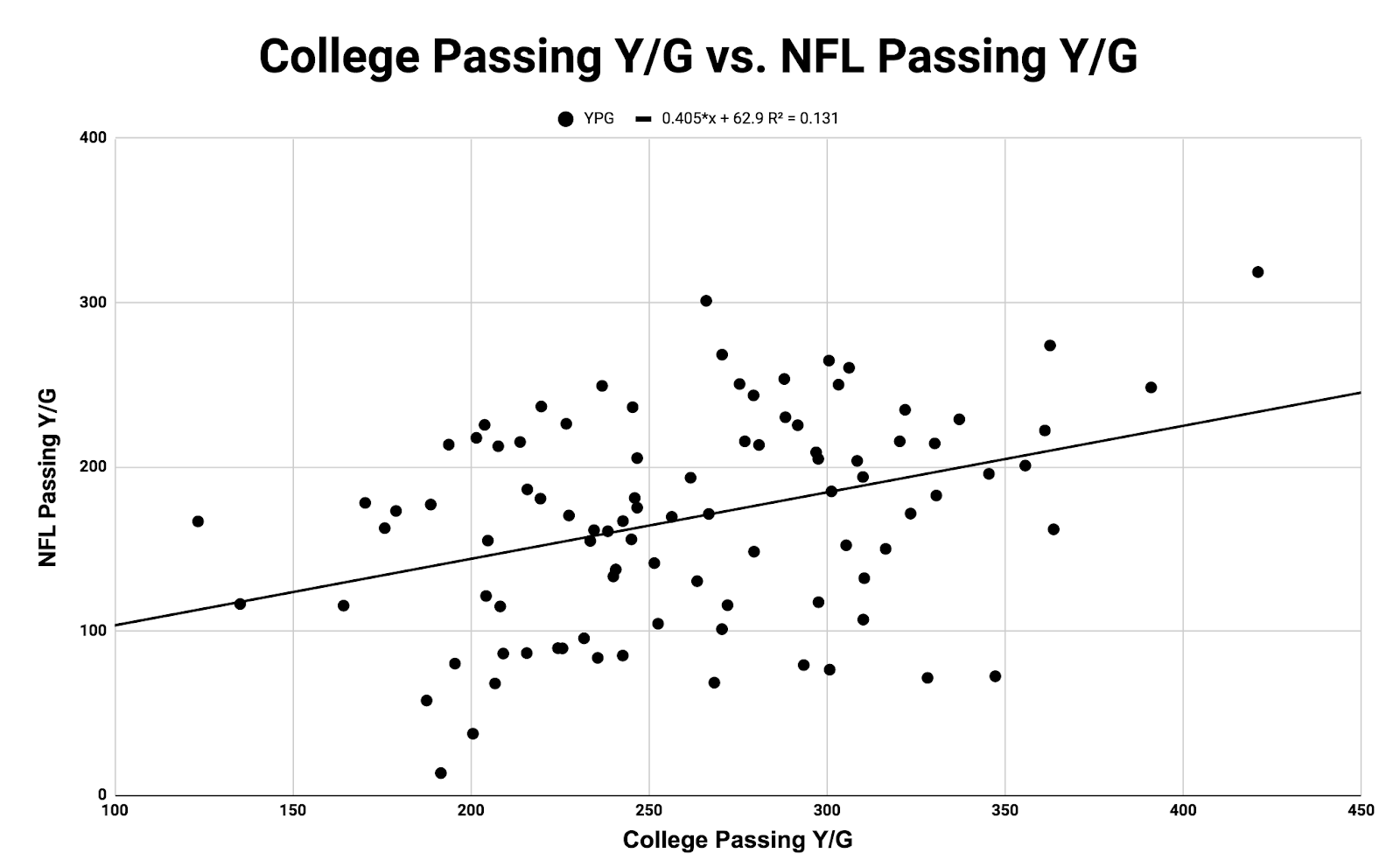 What’s been correlated to NFL Passing TDs Per Game? 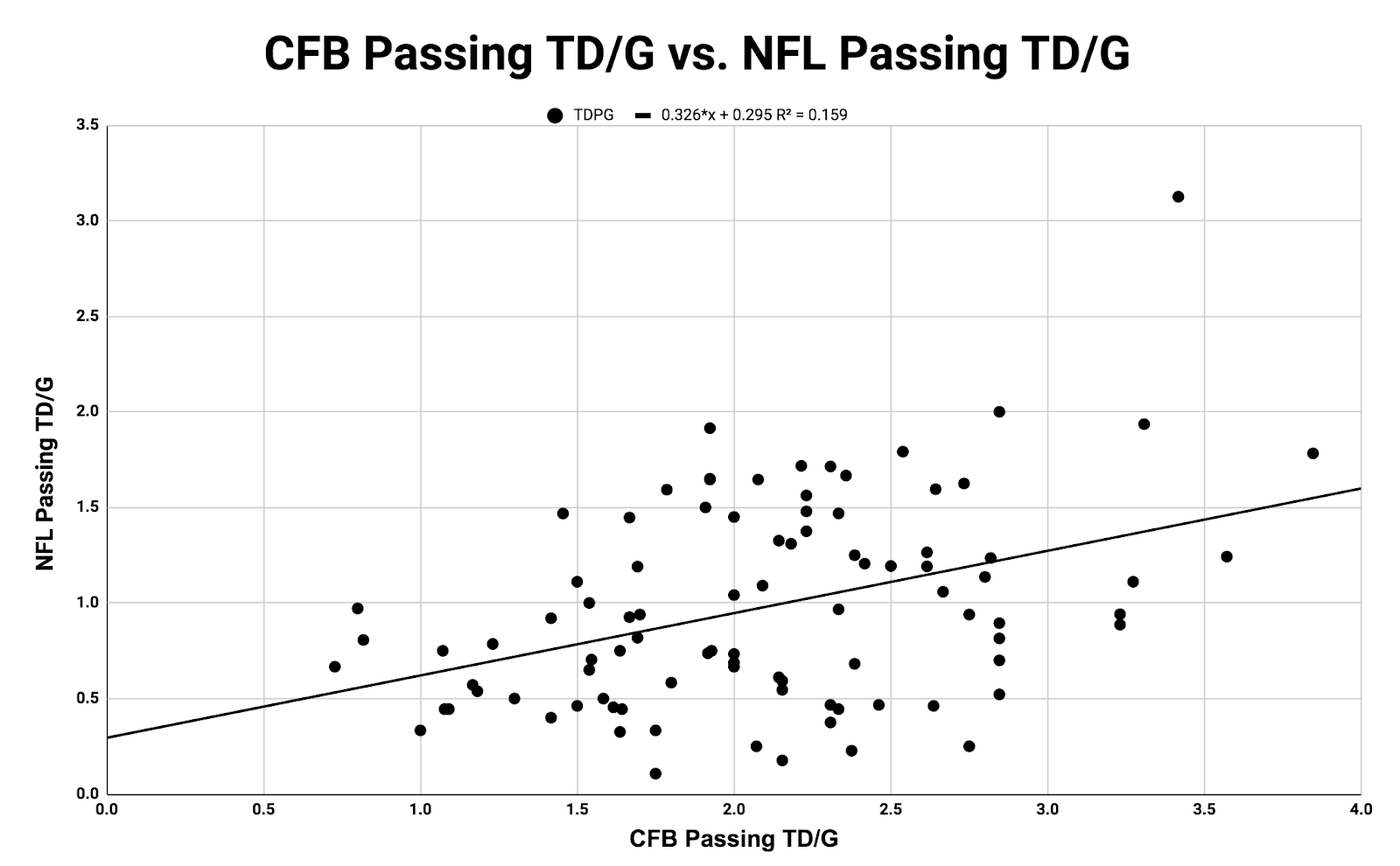 What’s been correlated to NFL Rushing Yards Per Game for quarterbacks? 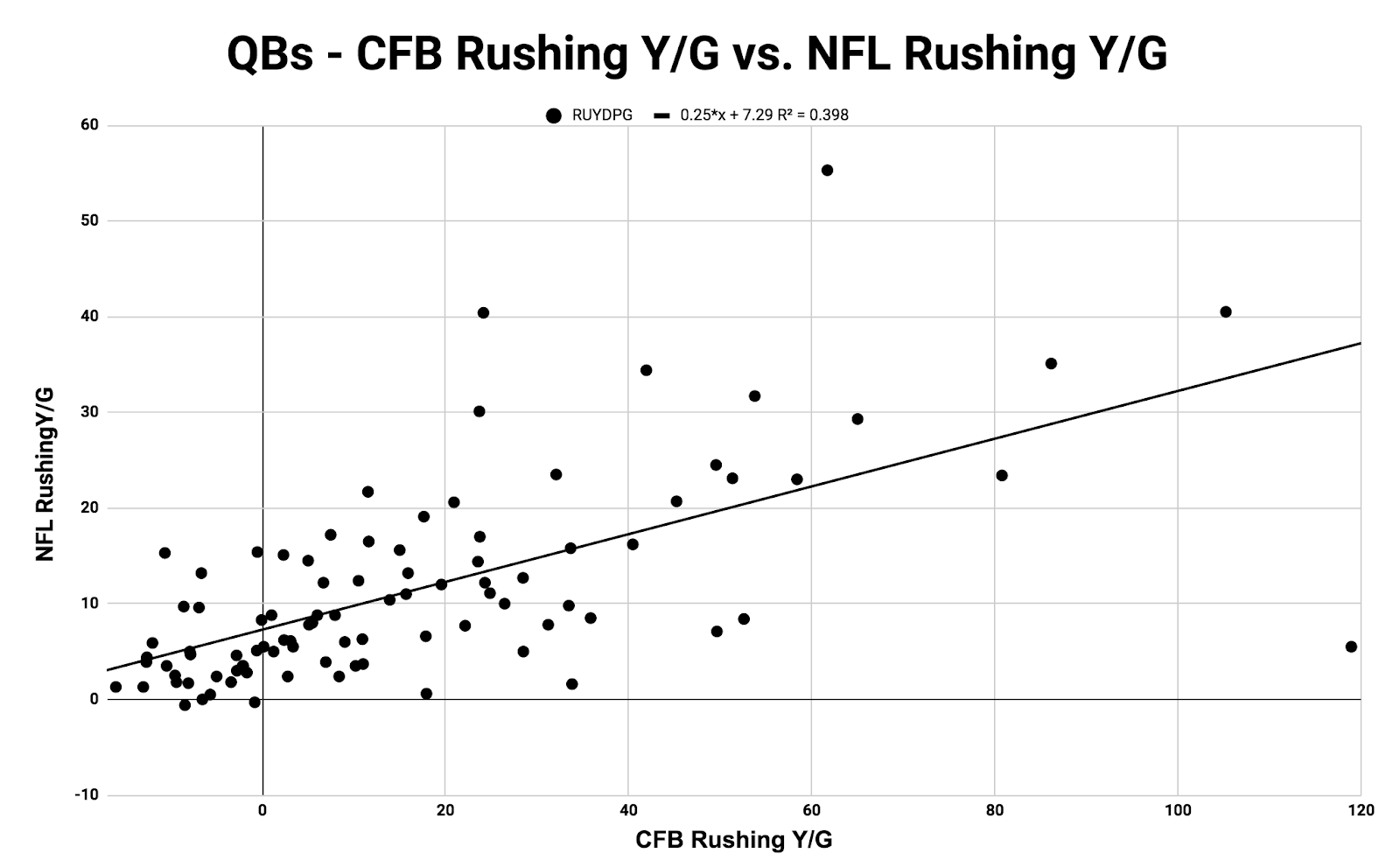 What’s been correlated to NFL Rushing TDs Per Game for quarterbacks? 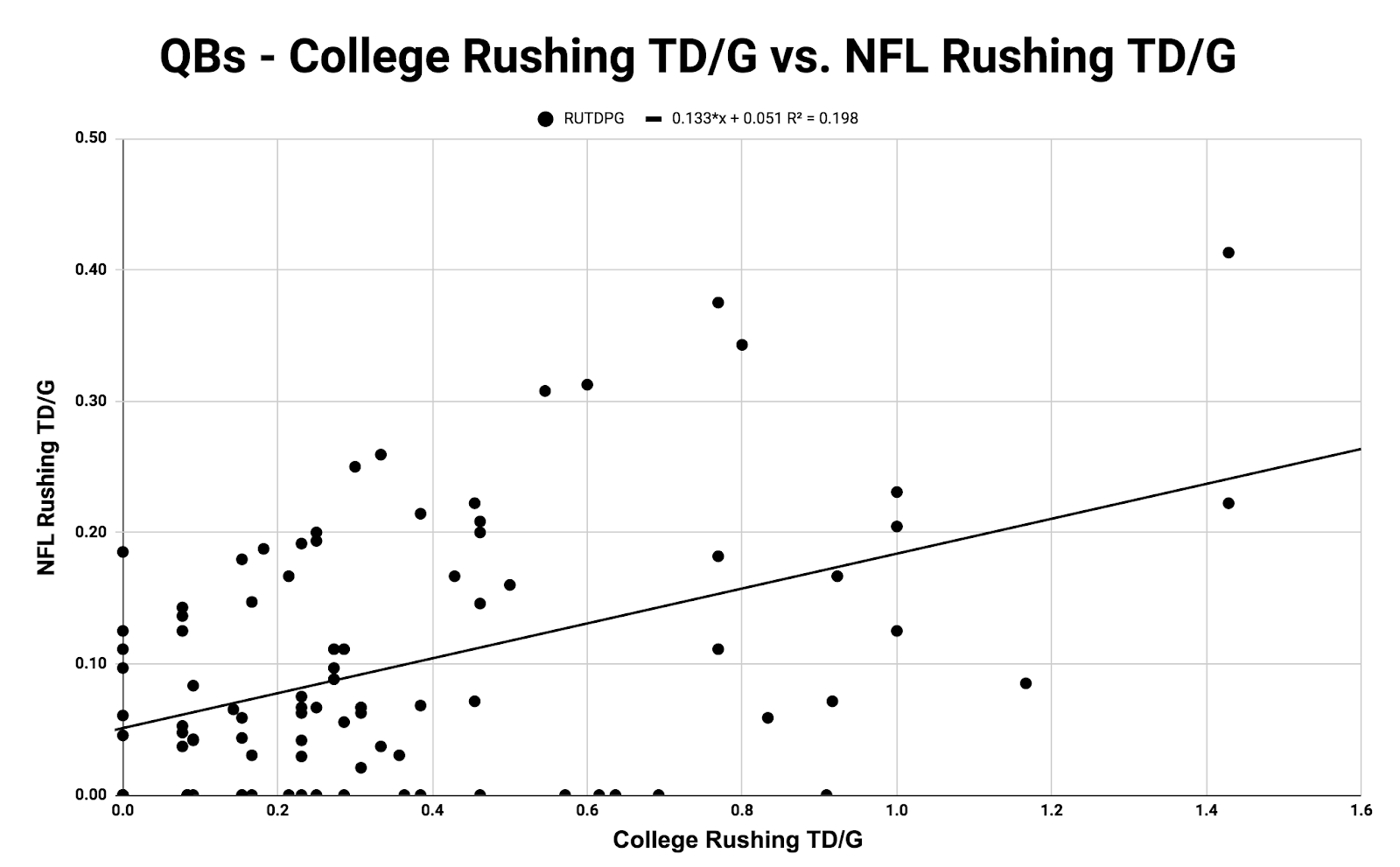 1. Correlation columns for the rest of the positions (RB, WR, and TE coming this week)